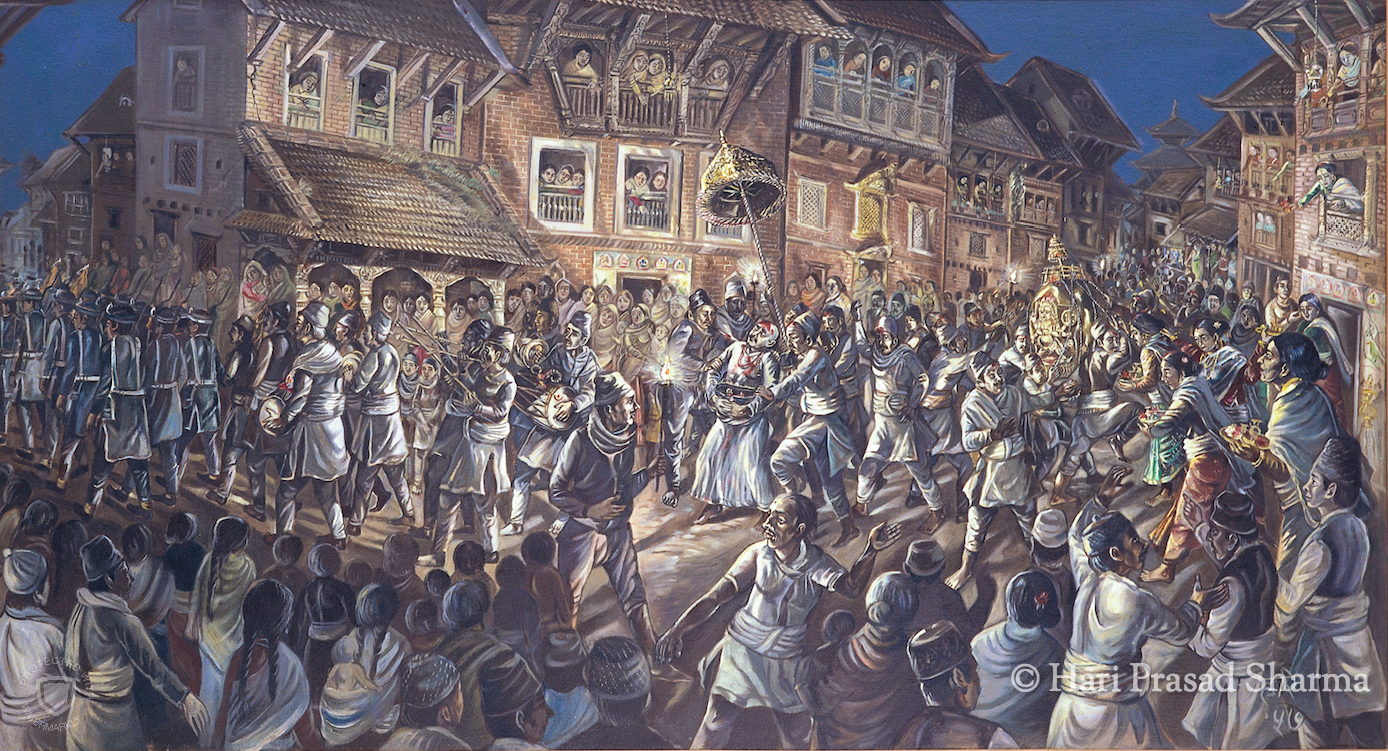 Pachali Bhairab of Teku is among the most highly revered gods of the Newars of Kathmandu Valley. On the fifth night of Dashain, the Bhairab is taken out of the temple to the chant of tantric prayers and carried from Pachali to Hanuman Dhoka along a pre-ordained route accompanied by the guruju’s ceremonial army, ganesh baja, gathu baja, Ajima (the Bhairab’s wife), and a large number of devotees. The Bhairab is offered a buffalo sacrifice at Hanuman Dhoka and worshipped according to tradition. During the ceremony, one guthiyaar (members of a guthis, the community organisations of Newars) has to fast and remain ritualistically pure. He has to dress in white robes and carry a silver plate to play the part of Ajima in the procession. The Ajima remains in a state of senselessness throughout the jatra and it is believed that only after the Ajima is led by the guthiyaars that the Bhairab will follow.