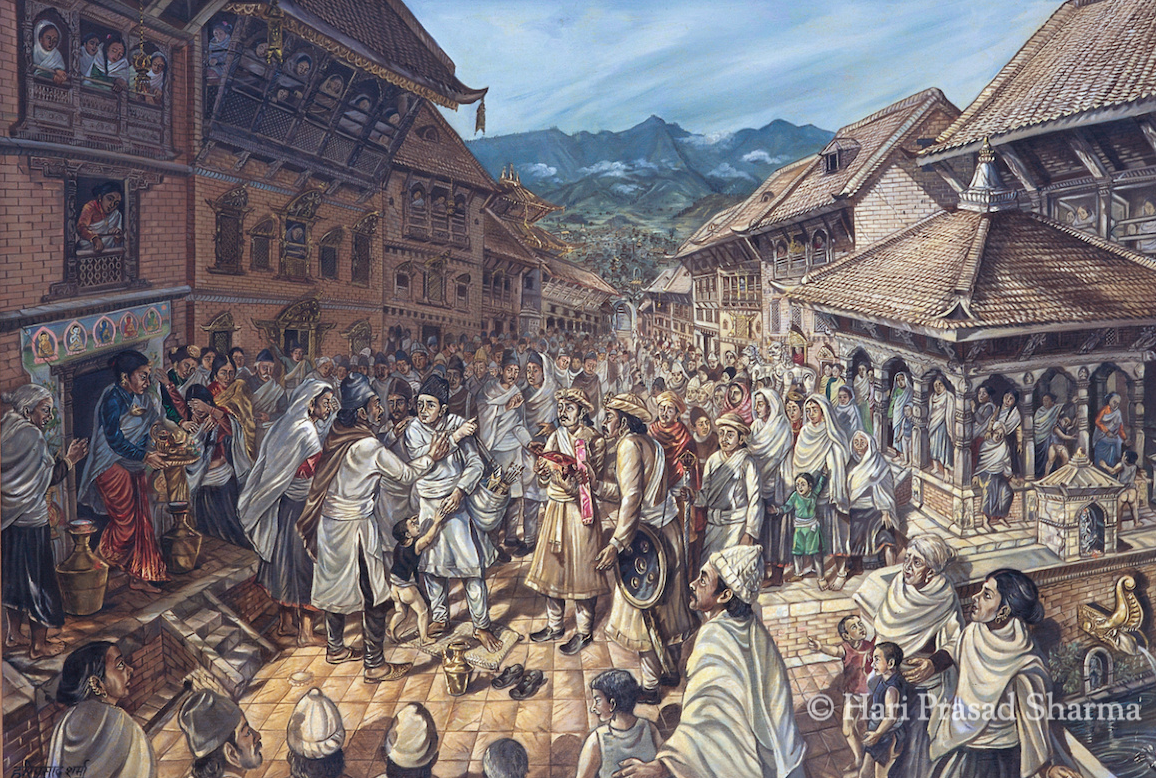 Impressed with Nepali craftsmanship, the Emperor of China had invited Nepali craftsmen to China in the thirteenth century. A seventeen-year-old youth named Balabahu led a group of eighty artisans to China. It was this same Balabahu who later became famous as Araniko. The painting shows Balabahu’s farewell ceremony. A large crowd has assembled to watch the historic departure. The king’s courtiers are waiting to hand over letters and gifts being sent from the king to the Chinese Emperor. Araniko’s father is giving him advice, while his mother’s face betrays anxiety. Near the doorway is Balabahu’s grief-stricken young wife. The sagun and other auspicious ritual items for the departure have arrived. The temples, houses, rest-houses and water spouts all give us a glimpse of the urban civilisation of the day. People are seen in garments that suited the cold climate of Kathmandu valley.