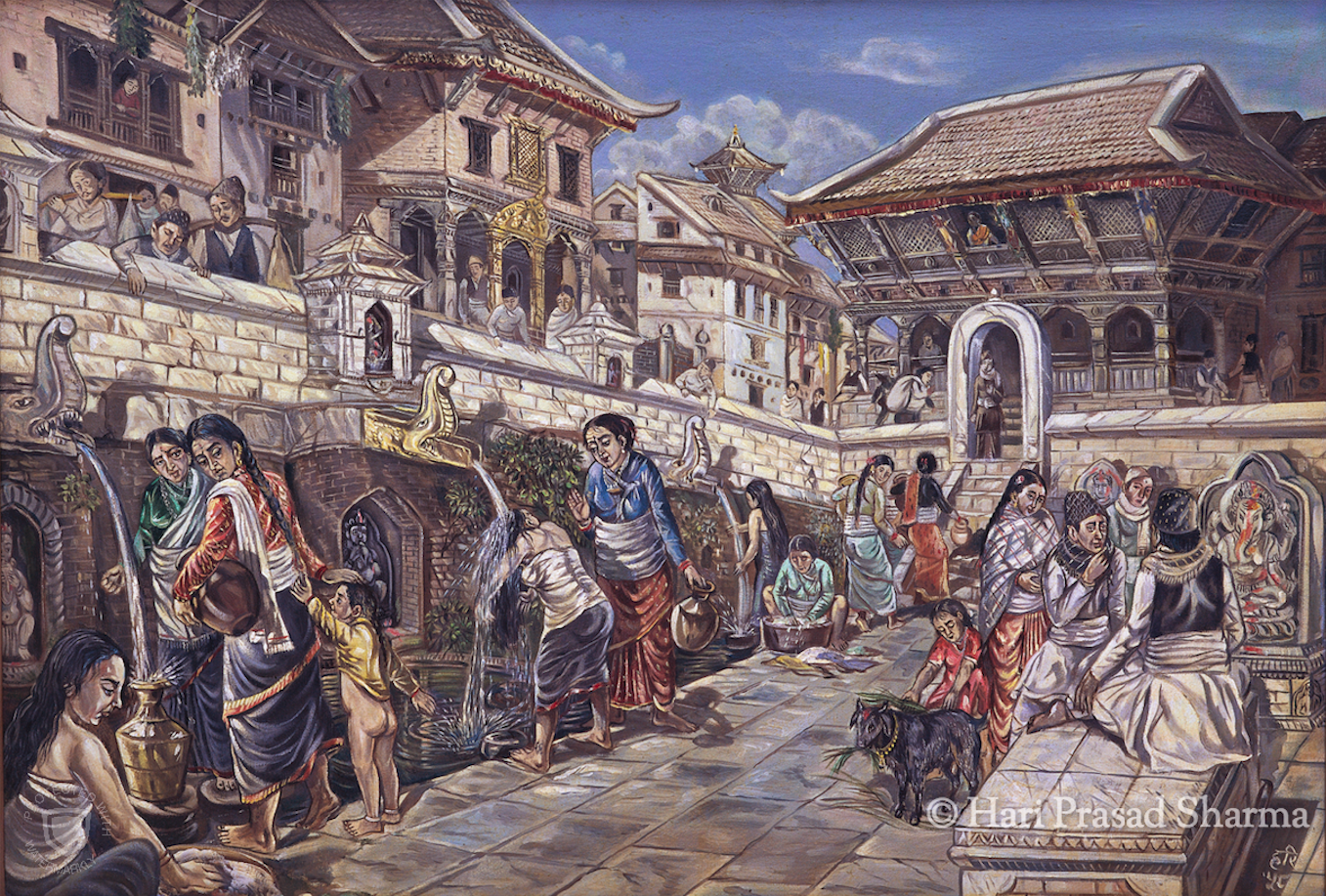 The painting depicts a golden spout which is placed between two stone spouts, a Narayan idol above the spouts and an idol of the water god Varun below. Surrounded by walls on four sides with a floor paved with stones, the wide space of the spring was used by people for bathing, washing clothes and collecting water. Such spouts also functioned as meeting places. A group of people can be seen talking in a pati nearby. A goat dedicated to the gods, signified by the bell around its neck, wanders about.